*TEXT OF WORLD PRESS CONFERENCE ON THE PLIGHT OF RIVERS YOUTHS HELD IN PORT HARCOURT ON THURSDAY AUGUST 12, 2021 AT 10:00A.M.*

Let me begin by congratulating and commending the Governor of Rivers State, Barr. Nyesom Ezenwo Wike CON, GSSRS, POS Africa on his numerous and simultaneous ongoing infrastructural developments across the length and breadth of our beloved state.

Permit me to also congratulate and commend the teeming Rivers youths who have been very calm, level headed and peaceful even in the face of daunting challenges of unemployment they’ve been faced with in the past six years.

I as well want to salute our dogged civil servants and pensioners whom in the face of unwholesome labour practices have endured and remained focus in driving the Rivers economy.

To private employers, small and medium scale business operators and artisans, on behalf of the youth Council in Rivers State, I salute your innovative prowess that has seen to the marginal growth in our economy these past years.

I will not go further without appreciating our teeming subsistence and commercial farmers for their resilience in ensuring the availability of food items for the Rivers populace despite the challenges faced with herdsmen, flooding, erosion and lots of others.

Let me come back to the basic reasons why we are here today. The National Youth Council under my watch in Rivers State have decided not to have any form of outdoor or elaborate celebration of the International Youth Convention this year for reasons that will be reeled out to you in a jiffy.

We have taken circumspect look into the plight of Rivers youths in the past six years and observed that little or no attention is being given to youths for their economic emancipation through employment and empowerment generation.

The Government on October 28 2020, made a publication for her teeming unemployed population to forward applications for different advertised vacant positions of the Rivers State Civil Service Commission after her State Executive Council meeting.

That process began fully in November 2020. The advert for the job was published in the state owned tabloid *”THE TIDE”* and some other national dailies with instructions for all citizens at the age of 35 years and below irrespective of state of origin to apply.

Looking at the number of applications, the Government later disintegrated the application into segments for different Local Government Areas and states of origin.

Unfortunately, eight months after this, we have observed a very poor communication management system between Government and the applicants as some even now view the said exercise as one of the scams of Government.

Sometimes ago, we listened to the Chairman of the ruling party in the state when asked about this job on rhythm 93.7’s viewpoint, his response portrayed one who had no idea about what Government was doing or has done to fulfill this promise.

When a Government cannot give concrete details or information relating to a program initiated by them, it becomes a thing of worry as the citizenry will definitely lose hope in the Government.

The members of staff of the Rivers State civil service commission have endured unwholesome labour practices as the issue of workers promotion have become history with this administration. What is the motivation of a worker whose inputs is not taken into consideration to propel promotion and other rights and privileges? You will agree with me that no staff will be motivated to work in such an environment where efforts of staff are not applauded via their rights and privileges.

Our retirees have cried to a point where they have lost hope owing to the neglect and nonpayment of their gratuities. Little wonder, people try to cut corners by decreasing their dates of birth just to avoid retirement so that they don’t face what other retirees have or are facing.

A more worrying issue in this administration is abrupt decline in the standard of education and less concern of Government towards the improvement of education. Just yesterday, August 11 2021, Nigerian info 92.3 FM made a news broadcast of a school in Etche Local Government Area where in this modern age, pupils still sits on blocks and the floor under an open roof classroom to study. That’s how appalling our educational system has gotten. This low attention given to education in our state only buttresses a very dangerous future for the state as supposed students and pupils of this dilapidated and unconducive learning environments can turn out to be of serious security threats to our state.
Also, worthy of taking into cognisance is the lack of teaching manpower within the public schools in Rivers State.

Sometimes ago, this same administration talked about employing about some members of staff, both teaching and non teaching in our public schools but as usual, that till today has remained one of the numerous scams the current administration has been designated with.

Our higher institution Students have been totally relegated to the background with a blunt refusal to pay psaltery bursary stipends to origin students of the state.

Another disturbing factor is the case of the Rivers State College of Health Sciences and Technology were students there have been totally treated like alien scholars to Rivers State. We appeal that no matter what the matter is, Government should look into the plight of these students there because no father denies and rejects his children totally no matter the sin committed.

We as a body also intend to use this opportunity to admonish Government to revamp the agricultural sector so as to rejuvenate food production and security in the state.

Agricultural agencies in dare need of a revamp include the Songhai farm, Buguma fish farm, School to Land program and several others. These are sectors that if given utmost attention, Rivers State will not only become agriculturally viable but will be a major exporter of agricultural products and employer of labour.

This year’s International Youth Convention theme *”Transforming Food Systems: Youths Innovation for Human and Planetary Health”* centres on agricultural and food production improvement with focus on innovative ideas from young people. While we appreciate the governor’s agricultural policies especially in the just commissioned cassava processing mill in Oyigbo Local Government Area, we as well repeat our appeal to him to revamp other good agricultural policies of past administrations like the Songhai farm, Buguma fish farm, RISON PALM etc which served as employment outfits for lots of Rivers youths and indigenes.

Young people are the major driving forces of every viable economy. An economy that neglects her youths definitely is laying a precedent for food scarcity.

Hence, let the young men and women in our state be encouraged even via the availablity of accessible agro-grants for the purpose of making agricultural practices lucrative and job creation.

We have decided to raise these issues today for Government to give an outright look into them and show very sincere commitments into ameliorating the plights of the citizenry.

Once again, congratulations to all Rivers as we appeal to you to stay away from crime as you’ve always done and keep hope alive. Read More
NNEWS
In the course for the fight against police brutality, so many people has asked for the resignation of… 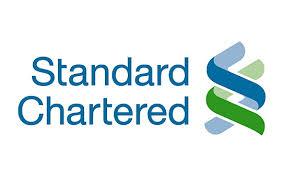 Read More
NNEWS
Comrade Obinna Obinna Francis Ogwuegbu takes over as FCTA Satellite Towns Development Coordinator. All Hands Must be on…
Contact Us