I am Not A Politician; I am A Public Servant
—Amaech

It’s baffling to hear that some Nigerians are finding it difficult to understand the statement made by the Minister of Transportation, Rt. Hon. Chibuike Rotimi Amaechi, that he is not a politician. He maintains that he is a public servant. He is right. The statement is unambiguous.

If we place it in context, the word ‘politician’ has got a new undesirable meaning based on the current practice of politics, whether in the Global North or Global South. Ideally, a politician should be a person who practices the art or science of government. As Webster Dictionary defines ‘politician’: “a person experienced in the art or science of government”. The same dictionary also defines ‘politician’ as: “a person engaged in PARTY POLITICS as a profession”. Furthermore, the same dictionary defines ‘politician’ as, “a person PRIMARILY interested in POLITICAL OFFICE for SELFISH or other NARROW, usually SHORT-SIGHTED reasons”.
It was James Freeman Clarke who said, “A politician thinks of the next election; a statesman of the next generation. A POLITICIAN looks for the success of his PARTY; a STATESMAN for that of his COUNTRY. The STATESMAN wishes to STEER, while the POLITICIAN is satisfied to DRIFT”.
A public servant as defined by Webster Dictionary is: “a government official or employee”. A Minister is a government official.

Amaechi is a man who has over the years, as a public servant, transformed into a statesman by all standards. He has used public service to change lives and society. His entry into politics and the concomitant effect within the Nigerian political space has left more desirable outcomes. A public servant understands that he is not a master of himself and as such is conscious of accounting to his masters (the people) with whom he derives his mandate. Transparency and delivering the good become the hallmark of his actions. With demands and expectations in torrents, he masters the key in resource allocation and distribution aimed at satisfying the people across board.

Suffice it to say that not all public servants are statesmen and not all statesmen are public servants in the sense of holding positions in government. Commitment to duties, actual performances, rising above self and an attitude of being holistic in dispassionately dealing with local, subnational and national issues guarantee one a place in the statesmanship of a given polity.

The Minister of Transportation, Rt. Hon. Chibuike Rotimi Amaechi, has once served as the Chairman of all Speakers of Houses of Assembly in Nigeria. His performance was the reason his colleagues reelected him for another term as their primus inter pares. When he became Governor, same feat was recorded as Chairman of Nigeria Governors’ Forum (NGF). He was primus inter pares in that platform for two terms. He was appointed Director-General of the Buhari/Osinbajo Campaign Organization for two consecutive times, 2015 and 2019 respectively. He satisfactorily delivered on his assignments back to back. Currently, he is a serving two-term Minister in the Ministry of Transportation where his wealth of experience in public service has positively changed our ways of moving from point A to point B and vice versa. Today, cargoes are moved via the railways.

Amaechi is a public servant. He is a statesman. 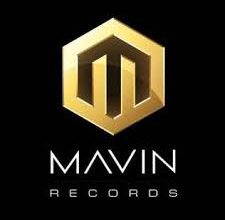 Read More
PPOLITICS
It’s Time We Pull Together, Rebuild APC In Rivers – Dakuku Peterside Sequel to recent developments in the…

Read More
NNEWS
The first lady, Aisha Buhari has called on her husband, the president of Nigeria to… Read More
DDISCUSSION
LATE (CHIEF)MRS FELICIA BARIZASI TANE WAS A WOMAN OF SUBSTANCE, A VOICE IN THE NIGER DELTA, AND AN…
Contact Us