The Michael Elliott Award for Excellence in African Storytelling

The International Center for Journalists (ICFJ), the ONE Campaign, and the Elliott family are happy to announce a call for entries

for the Michael Elliott Award for Excellence in African Storytelling.

The award honors up-and-coming journalists in Africa who strive to strengthen people’s voices and illuminate the transformational change taking place on the continent. The award entries must represent groundbreaking journalistic work published between December 1, 2021, and December 1, 2022. Winners will be selected on the quality of their articles and the impact their work has had on communities. We welcome excellent submissions in all media, especially those that demonstrate analytical skills in addition to outstanding writing ability.

The winners will receive a $5,000 cash prize and a personalized crystal award. The winners will have an opportunity to spend up to two weeks at The Economist headquarters in London, or to complete a tailored study tour of US newsrooms.

A distinguished international jury including media leaders from the US, UK, and Africa will select the winners. We will reach out to all applicants to notify them of their status by the spring of 2023.

The application form for the 2023 cycle is available here. The deadline for applications is January 31, 2023.

The Award was established in honor of Michael Elliott, an outstanding editor, philanthropist, and former ICFJ director, whose life was a testament to the power of storytelling to bear witness to and improve the human condition. Elliott served as a distinguished editor at The Economist, Newsweek, and Time before becoming CEO of ONE. In 2016, he had spoken of his dream to establish an award that would bring together his belief in great journalism with his commitment to progress in Africa. This prestigious annual award honors emerging journalists in Africa who strive to strengthen people’s voices and illuminate the transformational change taking place on the continent.

Past award winners include Mercy Juma and Dorcas Wangira of Kenya; Kiki Mordi, Abubakar Ibrahim, and Zainab Bala from Nigeria; and Bernadette Vivuya from the Democratic Republic of Congo. Wangira’s award-winning story, “The App and The Cut,” covered the harm caused by female genital mutilation and the hope offered by five high school girls who invented an app to connect vulnerable girls with resources and rescue centers. Juma’s story, “Teen Mums of Kwale,” tells of primary school girls whose families make the controversial choice to let them use contraceptives even though the practice is taboo in the Muslim communities of Kenya’s Kwale County. Ibrahim’s piece, “All That Was Familiar,” chronicles the struggle of two women –one from Cameroon and one from Nigeria — to find their loved ones who have been internally displaced by Boko Haram’s insurgency. Mordi’s story, “Sex for Grades,” exposes sexual harassment in African universities. 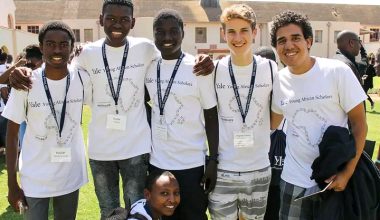 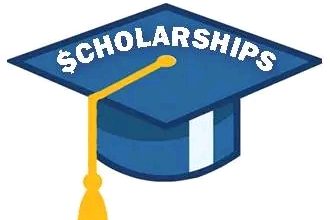 Read More
SSCHOLARSHIP
How to prepare for grants and scholarships. In this post, we will guide you on how to prepare…
Contact Us